A Puppet in Paradise

Learn the interesting story behind the creation of Gerry the Vulture from it's creator, Jon Coddington 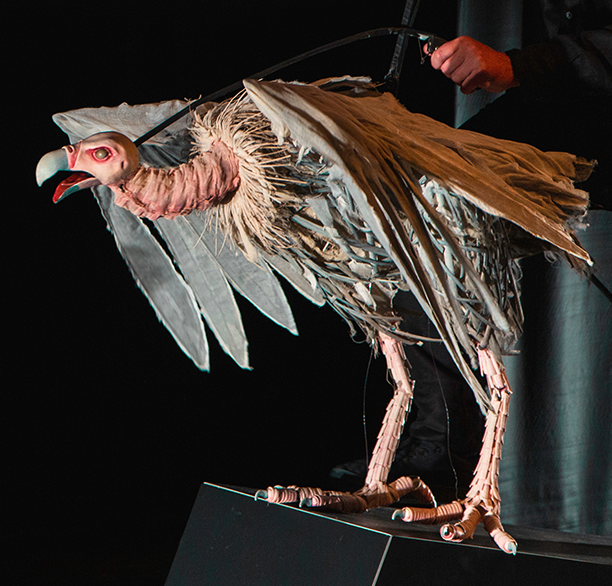 A lifelike, articulated vulture made of plywood, cane and resin may not be the first thing you expect to see on stage. Still, Puppet maker Jon C has made it happen for Indian Ink’s Paradise or the Impermanence of Ice Cream. 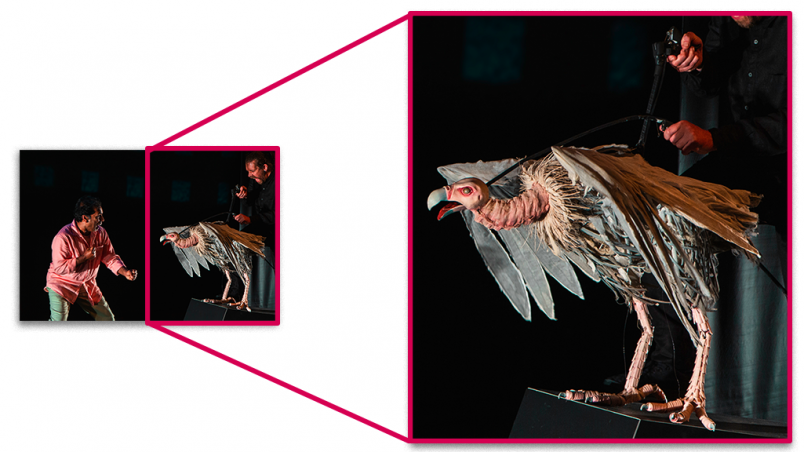 The show is inspired by Ernest Becker’s Pulitzer price-winning book “Denial of Death.” The show itself is a lot of fun but carries some thought-provoking messages.

But what does that have to do with puppets?

It’s not an easy task to represent these messages in an upbeat stage show, so Indian Ink challenged Jon to design a life-sized articulated vulture to represent death on stage. Performing alongside Jacob Rajan, the puppet (and Jon) become a crucial vessel to communicate the message behind Paradise or the Impermanence of Ice Cream. 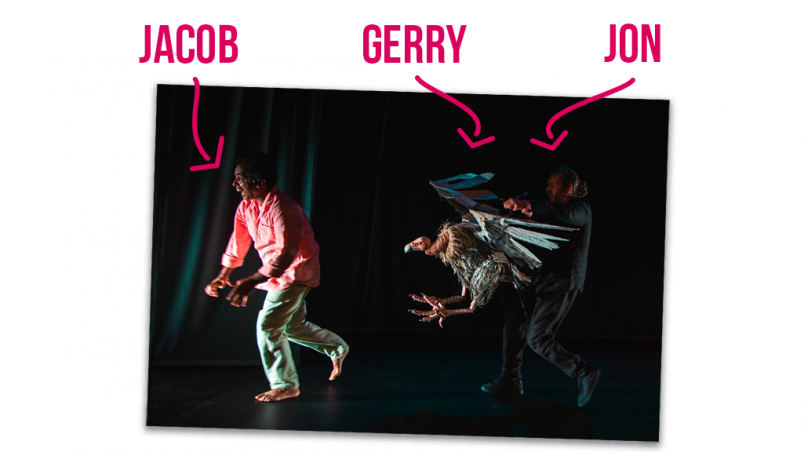 The puppet, affectionately named Gerry, took many months to design and construct. Jon had to carefully consider Gerry’s materials and weight to ensure they could both stand up to the nearly two-hour show. Jon’s process also included putting Gerry through several trials to test its strength and range of motion. 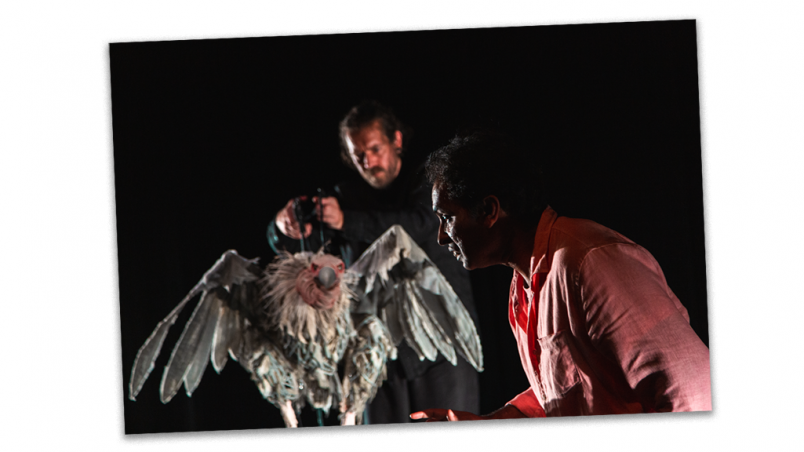 We can’t wait to have Jon, Gerry and the entire Indian Ink team here for Paradise or the Impermanence of Ice Cream next month. Book your tickets to come along and meet Gerry in person and see this fantastic show through this link.

Related links
Paradise or the Impermanence of Ice Cream