This blog entry about The Mourning After is a special guest feature from Sudeepta Vyas, co founder of Prayas Theatre. 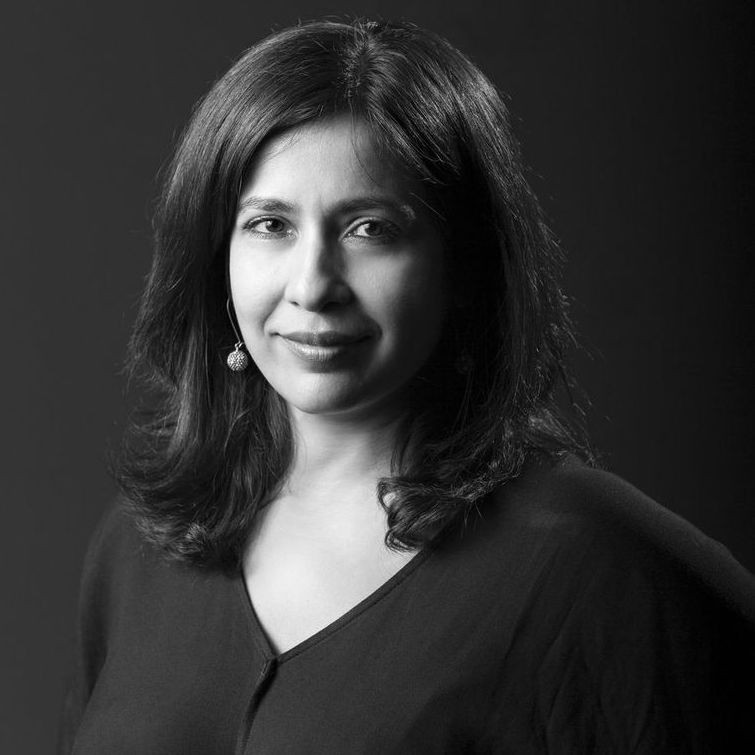 This blog entry is a special guest feature from Sudeepta Vyas, co founder of Prayas Theatre. As you'll read, Sudeepta has a deep connection to the work that helps express many of the themes explored in it. We thank her for sharing her experience with us, and allowing us to share it with you.

My time with The Mourning After goes back to 2015 when a young man with a vision for his South Asian brethren asked me to work in his saga of loss, mourning and meeting. I was offered the role of Saroja, the grand old aunty of the village, in her seventies. After picking up a few cameo appearances in Prayas shows in the past, it was an opportunity to push my boundaries. Written by Ahi Karunaharan and directed by Padma Akula, I felt I was in safe hands. 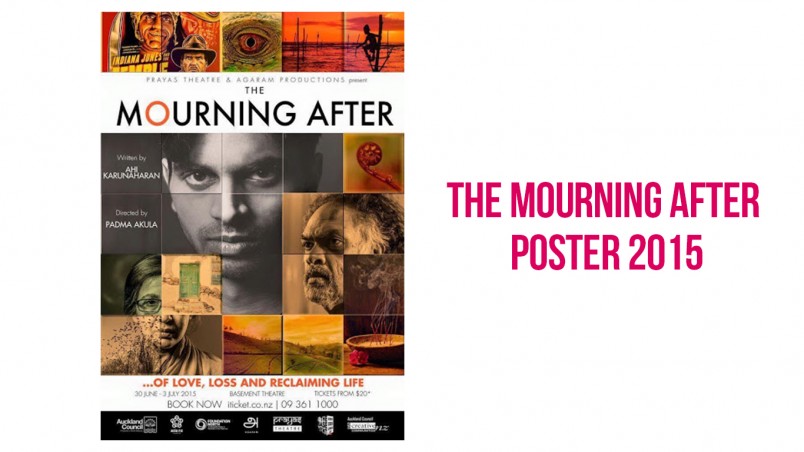 The story followed a young expatriate from New Zealand, returning to his family home in Sri Lanka to discover tragedy – his search among the silt and debris of the remains of his family and his cultural roots take him on the journey of a lifetime. The Mourning After connected Dilmah Tea, cricket, the recent civil war and the filming of Spielberg’s Indiana Jones and The Temple of Doom, to transport audiences to a Sri Lanka they’ve never seen before. It claimed to rebuild and reclaim life post-natural disaster.

As I stepped on the floor of the Basement to perform on opening night, my soul creaked with the burden of carrying the writer’s sense of loss. Saroja ranted, hobbled and limped with the weight and rage of the tsunami’s aftermath. Everyone’s character, though delightful, was tinged with melancholia that seeped right into the performance. And rightfully so. The eager Shekhar, the loveable village boy Raju, a drunk and delightful Somu, the cantankerous Saroja, the seriously serious Bala and the drawcard – the Kabaragoya. Anjula worked in some endearing emotions into this homeless native reptile and gave it the adulation it deserved.

The Mourning After of 2015 was witty, clever and sonorous. And then serendipitously, while I was in Wellington last month, I heard The Mourning After was playing at The Circa Theatre. As a solo piece, performed by Jehangir Homavazir. Intrigued about the style and process of watching an epic story by one man, I arrived at the Circa, armed with a bunch of friends. 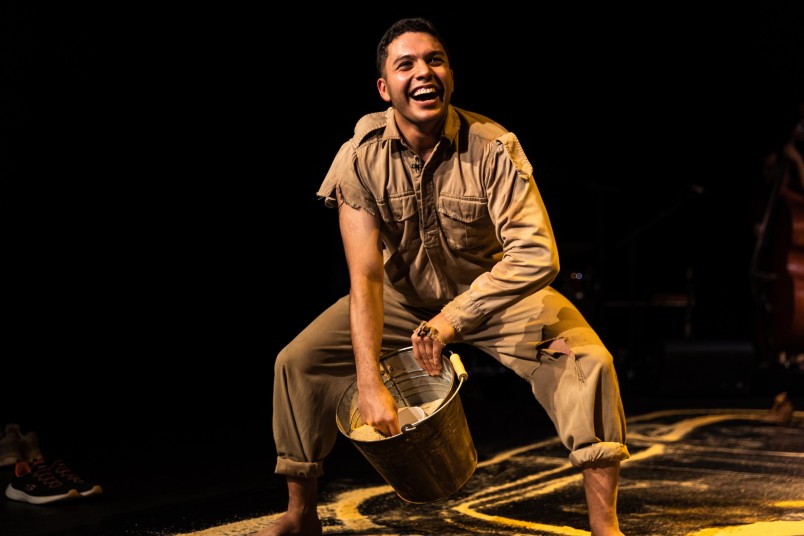 The sand kept pouring in a constant drizzle from the sky of the theatre; it set the pace and made it an inevitable part of our experience. A euphemism for time slowly passing by? Or that time and tide wait for no one?

As Jehangir deftly presented the newly toned characters, it felt like a different show. The emotions were in the right places but something had changed. This time it was absolute poetry. There was a lyrical quality to the work and while I didn’t remember most of the phrases, the emotions arrived at the right time. Within a few minutes the prose and verse compelled you to build your own village. 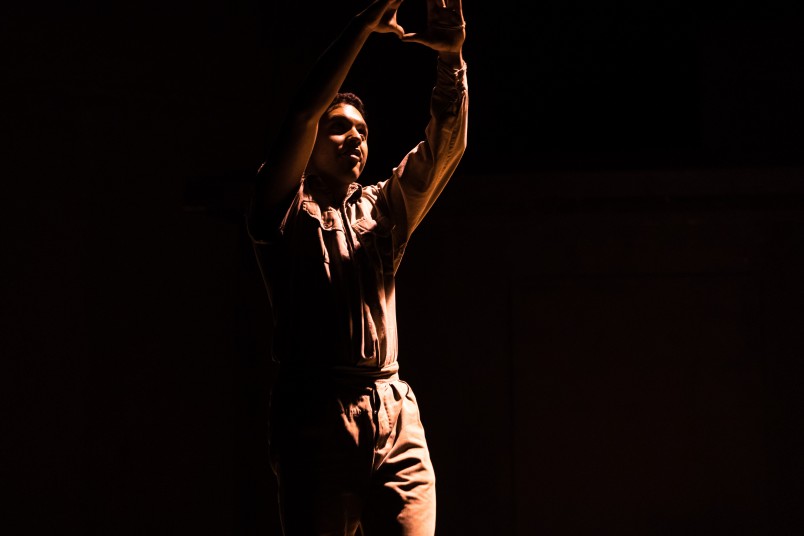 While Jehangir makes his way around the devastation, you are given the liberty to create your own vivid world:

The gate is rustier than ever, its clanging shrill

The building is bloated and windows are vacant

The rooms are long unoccupied

Most of the story telling is done with the help of sand, and how Jehangir moves within it and moves it around him. The live music band supports the performer without intruding into his solo status.  The writing is reminiscent of Arundhati Roy’s debut novel, The God of Small Things. I can’t quite place my finger but it could be the vivid descriptive style, the seemingly indolent pace, the poetic wordplay and the wealth of imagery that is hurled at you one after another. The whole village comes alive through this and the words of the writer simultaneously breathe life into the anecdotes:

He hurried through the hall to the back of the house shouting out “The monkeys are here! The monkeys are here! Get the firecrackers! Get the crackers out!” He would position himself strategically, like a sniper looking for the perfect vantage point, and lit and threw firecrackers into the treetops. With the first explosion, pandemonium broke out as the startled troop scattered in fear for their lives.  They would flee the garden in a matter of a few scurried seconds, the mothers gathering up their babies and tucking them under their bellies, the juveniles jumping onto the taller coconut palms for cover. 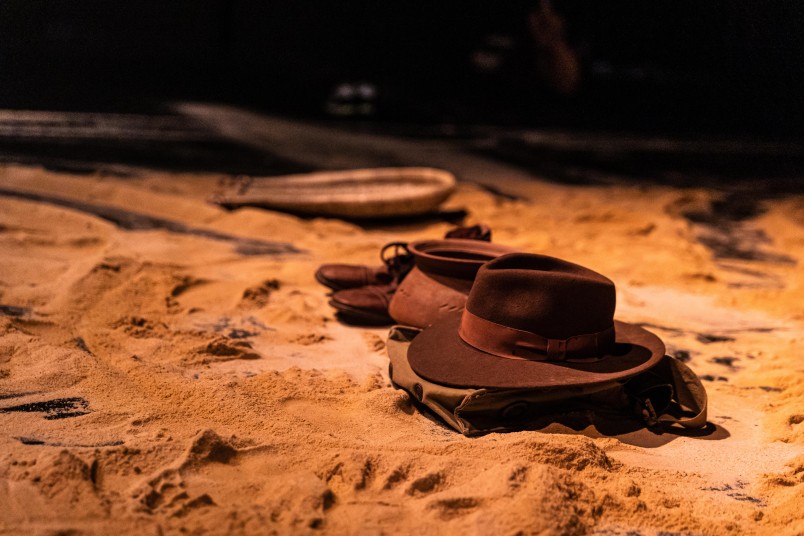 As the story progresses, the sense of loss deepens but doesn’t darken. You sit there and let the sand build the tale, grain by grain and at some point, you suddenly notice the lump in your throat…it doesn’t go away. The awe of destruction and loss overwhelms you and connects you to those you have lost yourself. A friend, an aunt, a father or even a time that you called your own. Soon the space is filled with a loud silence. I realise the show has ended.

The reincarnation of The Mourning After from Ahi Karunaharan comes with the potential of touring the world to tell the tale of a small hamlet within a tiny island in the Indian Ocean.

Related links
The Mourning After