We caught up with Ella Becroft of Red Leap Theatre to talk about directing a show through lockdowns and motherhood. 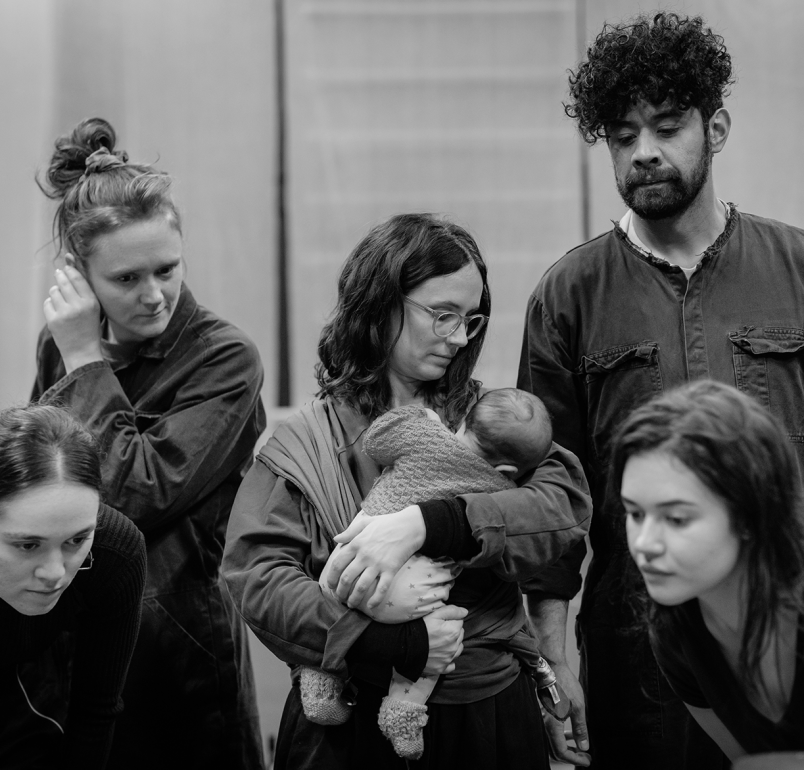 When Ella Becroft, Associate Director of Red Leap Theatre was a young ambitious teenager, she had a love for the theatre and its power to transform empty rooms into magical spaces filled with rich emotion, but she didn’t see much theatre that reflected the perspective of young woman like herself. Nor did she see many stories that celebrated unapologetic and brave women that are authentically loud, brash and take up the space they deserve.

Now, an accomplished theatre-maker and new mother, she is helping to bring stories like this to life in the hopes that it can inspire a new generation of theatre-makers to shape the world and their place within it. 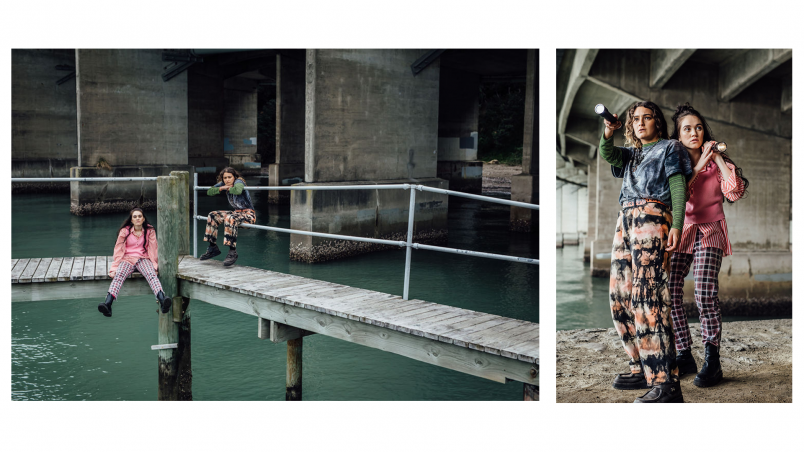 Dakota of the White Flats is Red Leap Theatre’s latest voyage into this territory. Earlier in the year they took the show to Whangarei and Hamilton but the tour was cut short by the February lockdowns. Now, they’re remounting in Tāmaki Makaurau with renewed ambition.

It has been a whirlwind! Covid struck again this season - our lead actor Hannah was caught up in the disruption of the Australia travel bubble. So last minute we had to find a new Dakota, now played by Tatum. 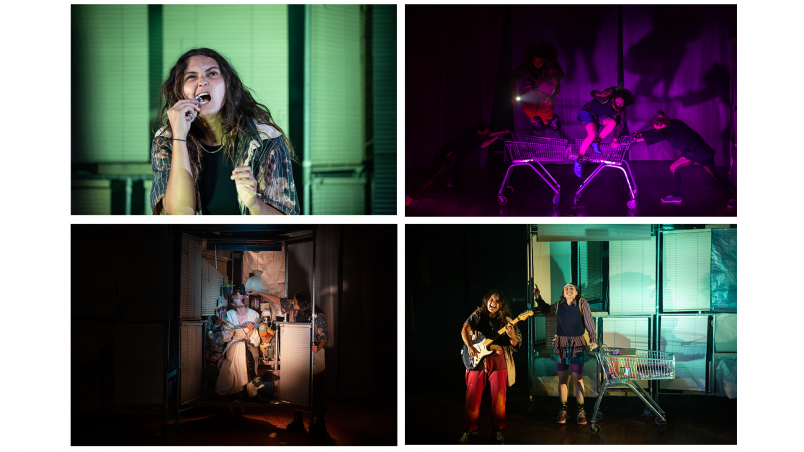 COVID-19 isn’t the only curveball thrown to the production. Each morning, Ella arrives to rehearsals with her 6 week old baby which was not an expected team member when they planned this season!

She has been coping very well! She is definitely getting used to lots of loud sounds - live drums and electric guitars, clanging supermaket trolleys... luckily she just spends most of the time asleep. 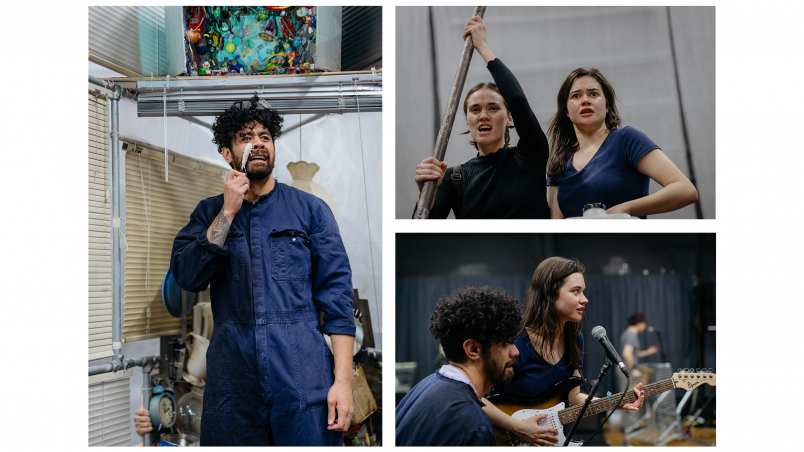 Live drums, electric guitars or supermarket trolleys are just the beginning of unique stage elements in Dakota.  Ella placed a lot of focus on building a unique live experience for the stage, one that couldn’t be replicated on screen. There is live music and folley, a shifting transforming set, big bold physicality and a maelstrom of theatrical tones inspired by action, punk, noir and horror tropes to create a fun scary atmosphere for family audiences.

I made a show that adults would love alongside their teenage children. It’s such a loud, fierce, magic, fun show - it crosses over a wide age range. I also wanted to make something for 11-15 year olds, who don't have a lot of theatre tailored to them specifically.

While Dakota of the White Flats has encountered a few unexpected twists on its journey to Q, it’s finally right around the corner. Much like Ella, we at Q hope the show can inspire a new generation of theatre makers, and leaders to feel emboldened and reflected on stage in some way. Despite this we know the show will also be a heck of a lot of fun for all ages so don’t be shy.

Click here to learn more about Dakota of the White Flats